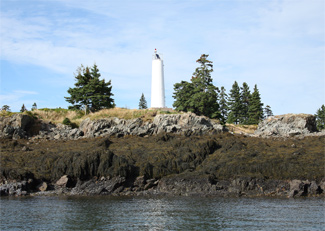 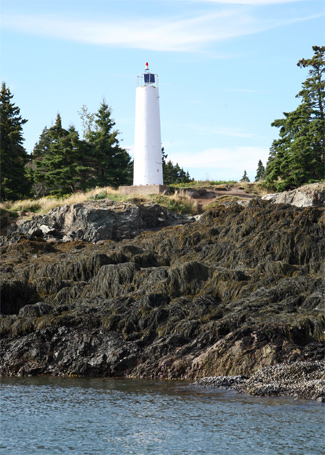 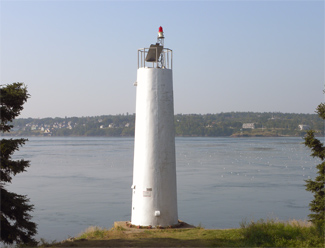 This modern light doesn't merit inclusion on an official lighthouse list, as it never had a keeper or an enclosed lantern room, but if you are on Deer Island, you might as well stop by for a close-up view of the tower. Just offshore from the light is the Old Sow, the largest tidal whirlpool in the western hemisphere. The best time to see, and maybe even hear, the whirlpool is about three hours before high tide.

For a larger map of Deer Island Point Lighthouse, click the lighthouse in the above map.

The light is located in Deer Island Point Park, just south of the landing for the ferries that connect Deer Island to Eastport and Campobello Island during the summer months. The government of New Brunswick operates a ferry that provides a year-round link to the northern tip of Deer Island from Letete.