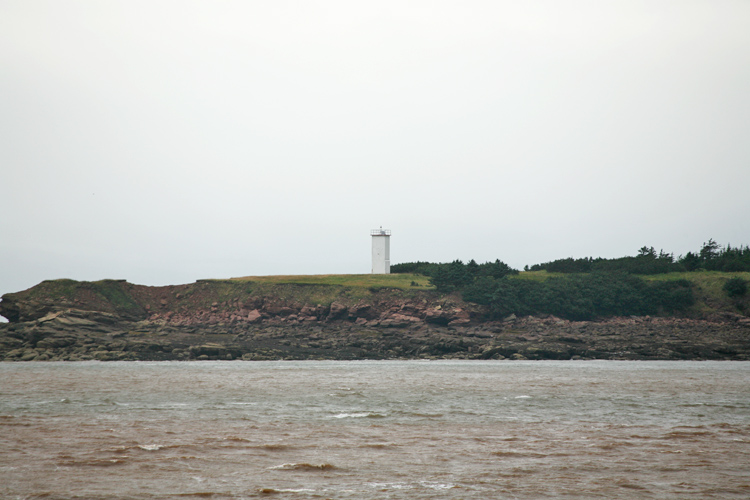 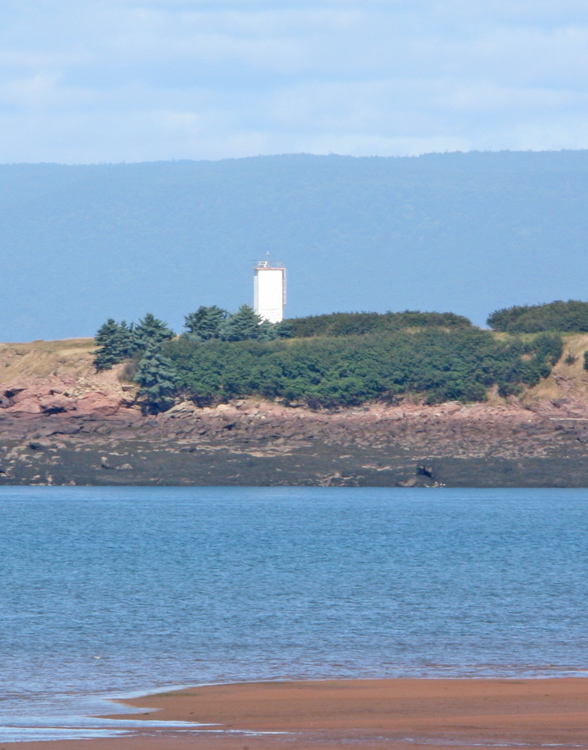 Apple River feeds into Chignecto Bay, which in turn, connects with the Bay of Fundy. The Province of Nova Scotia had contemplated a lighthouse at the entrance to Apple River as early as 1838, when its Commissioners of Lighthouses noted:

A decade later the government had changed its mind, and a lighthouse was constructed on Hetty Point, the southern tip of Cape Capstan on the western side of Apple River Harbour. The lighthouse was described as a square white building that exhibited two fixed lights, placed horizontally, at a height of forty feet about water. Gaius Lewis, a former member of the Nova Scotias House of Assembly was placed in charge of the light. Keeper Lewis was forced out by complaints made that the light he kept was very dim and scarcely visible, and in 1859, he was awarded twenty pounds for improvements he had made on government property.

While James Tate was serving as keeper in 1869, Apple River Lighthouse burned down. A temporary light was exhibited until a new lighthouse went into operation on October 1, 1870. Keeper Tate provided the following account of the destruction of the lighthouse:

On Monday, the 9th of August, after having cleaned the lamps, swept the lantern, and swept the bedrooms, and all the dwelling apartments, looked at the cooking-stove, and found no fire in it took the ashes out of it, threw them into the tide, went into the cellar, found everything apparently right, and closed all the doors and windows. Left the house at 9 oclock a.m., with my wife and children, intending to go across the harbor on the bar and return myself as the tide suited in about two hours, but the wind blowing very hard, and a very heavy sea, I was detained longer. At one oclock, as I was about starting on my return, I saw the house in a blaze of fire. Eight men were on the point in about half an hour, but the house and all its contents were consumed. The cooking-stove was a broken, unsafe one; but, from the caution I took that morning, I do not know how any fire could be in the house without my seeing it. I cannot conceive any way the house could get on fire, unless it was set on fire.

Keeper Tate must have been absolved of and responsibility for the fire, as he remained as keeper through 1886, but he was reprimanded for leaving his lighthouse without any person in charge.

John Livingstone built the 1870 lighthouse for $1,180. The 1870 Apple River Lighthouse is very similar to East Ironbound Island Lighthouse, which was built the same year and remains standing today.

In 1899, the fog-alarm that had been active on St. Martins Head in New Brunswick was moved across Chignecto Bay to Apple River Lighthouse. The wooden, one-storey fog alarm building stood immediately east of the lighthouse, and water was piped to the structure from a cistern in the woods to power the steam engine used for the fog signal. The foghorn sounded a fourteen-second blast each minute as needed. George A. Briggs was transferred from St. Martins Head to care for the signal at Apple River. Briggs minded the fog alarm until 1894, when James E. Fowler was hired to take charge of both the light and the fog signal.

The present Apple River Lighthouse dates from 1968, when a three-meter-square tower was built at the corner of a one-story fog signal building. Two new keepers dwellings were also provided for the keepers, and the old lighthouse and a dwelling, which had been brought to the site from St. Martins, New Brunswick, by scow, were pushed over the bank and burned.

After the fog signal was discontinued, the one-story building was torn down, leaving just the 10.5-meter tower, which later had its lantern room removed. The two keepers dwellings were removed from the site in 1973.

In June 2019, the Coast Guard refurbished the lighthouse and installed a lantern room atop the tower again, restoring some dignity to Apple River Lighthouse.

For a larger map of Apple River Lighthouse, click the lighthouse in the above map.

From Route 209 (Glooscap Trail) in Apple River, go west on Apple River Road for about 4.8 km (3 miles) and you will see Apple River Lighthouse across the bay. It is possible to take what appears to be a logging road down the peninsula that leads to the lighthouse, but the road ends long before the lighthouse.