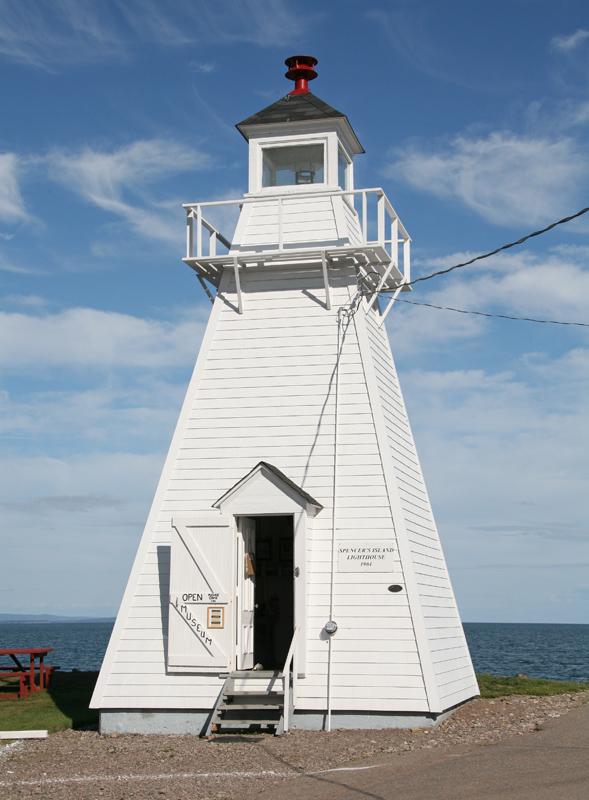 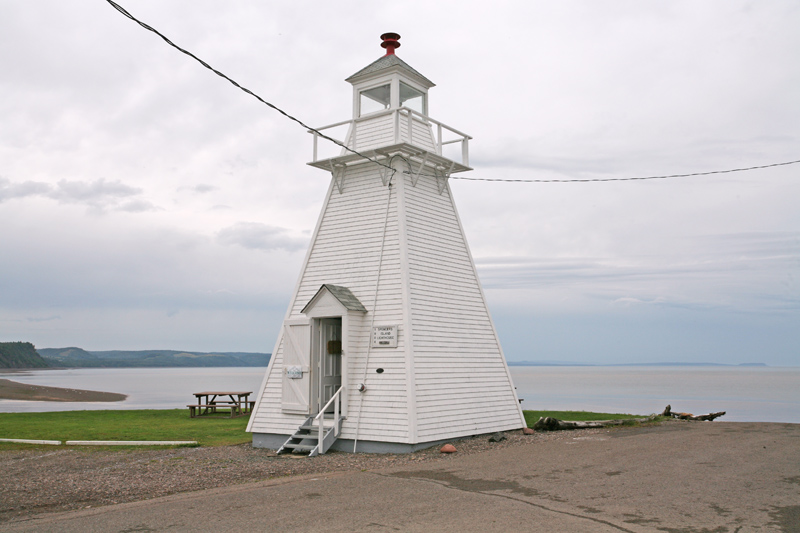 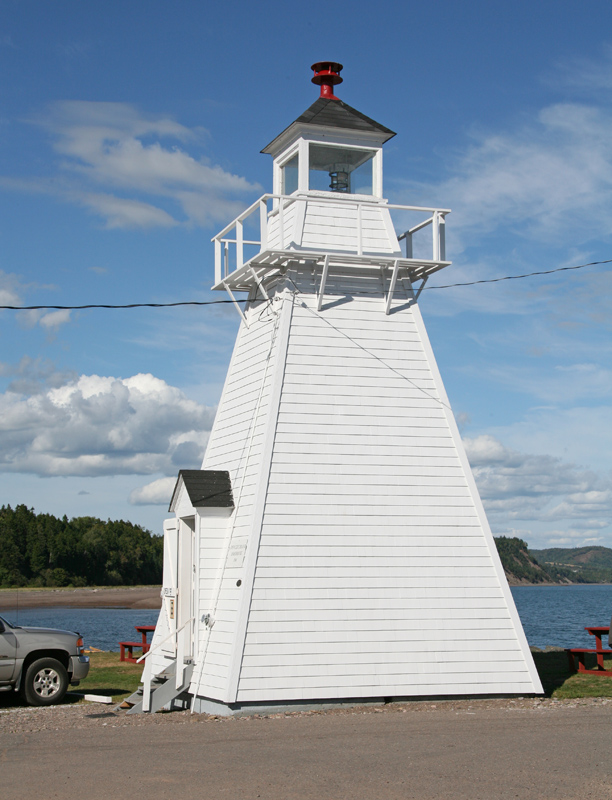 The community of Spencers Island is not located on an island, but is rather named for an island of the same name found just offshore. Located along the Minas Channel, connecting the Bay of Fundy and Minas Basin, Spencers Island was formerly one of Nova Scotias premier shipbuilding ports. More than thirty deep-sea sailing vessels were built here, including the Glooscap, the largest ship ever built in Cumberland County.

A cairn located on the beach at Spencers Island bears a plaque telling the story of one ship built there:

Nearby the worlds most famous mystery ship, the Mary Celeste, a brigantine, was built and launched in 1861. Was first named the Amazon. In 1868 she was driven ashore in a storm and after being repaired was renamed the Mary Celeste. In December 1872 she was discovered at sea with all sail set and everything in order but not a person was on board or ever found.

Arthur Canon Doyle, before becoming well known for creating Sherlock Holmes, penned a short fictional story about the Mary Celeste, and others have followed suit, making the vessel the subject of numerous imaginative articles, novels, and plays.

Spencers Island Lighthouse was built at a cost of $645.87 using day labor under the supervision of Baxter McLellan, a shipwright who would become the first keeper of the light when it was activated on July 15, 1904. The original lighting apparatus was a seventh-order, 200-millimeter dioptric lens and a single-wick Alladins lamp. The tower, constructed of wood, stands thirty-three feet tall from its base to the ventilator atop its square lantern room. The lighthouse was originally located sixty-three feet from high water, and just east of the inner end of the former government pier.

In November 1920, the characteristic of the light was changed from fixed red to fixed white, and at the same time, a fog bell was established. The bell was initially located on steel framework located at the outer end of the wharf where it was tolled once every six seconds during periods of limited visibility, but at some point, the bell tower was placed right in front of the lighthouse. An air-powered fog alarm was later established at the station, and the bell was kept in reserve.

After the lighthouse was discontinued in 1987, Stanley Spicer, a noted local historian and author of The Saga of the Mary Celeste, spearheaded a two-year effort that led to the Spencers Island Community Association acquiring the tower from the government. The lighthouse opened to the public in 1991 featuring displays on the towns shipbuilding heritage. Major restorative work on the tower was undertaken in 1995 and 1996 thanks to local fund-raising projects. In 2006, permission was received from the Canadian Coast Guard to reactivate the light in the tower. A historic Chance Brothers Fresnel is still in use in the lantern room.

For a larger map of Spencer's Island Lighthouse, click the lighthouse in the above map.