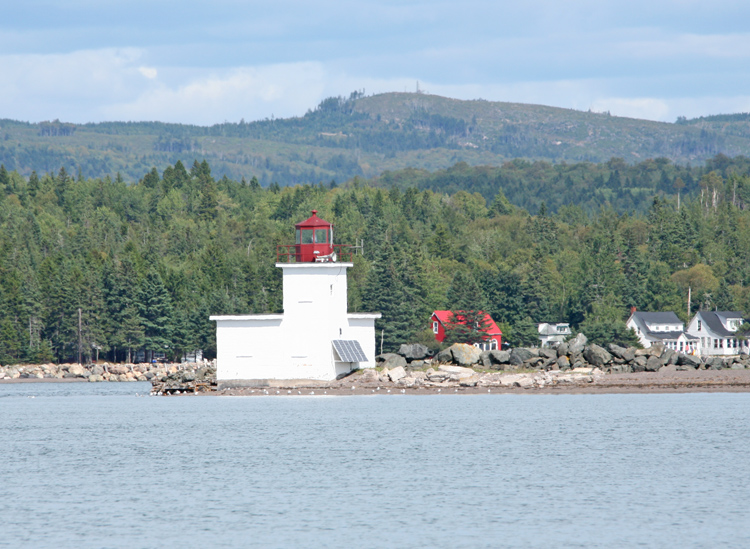 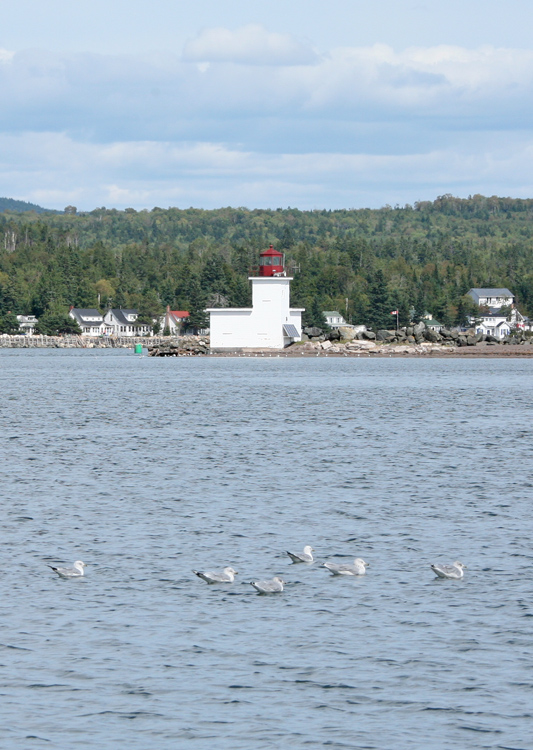 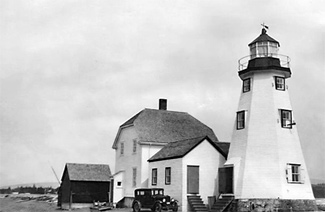 In 1670, Acadians established a settlement west of the mouth of Parrsboro Harbour, near Partridge Island and near where today the Ottawa House By-The-Sea Museum stands. Following the expulsion of the Acadians in 1755, New England planters arrived in the area, and the centre of the settlement slowly shifted from Partridge Island to the banks of Parrsboro River, where mills and a harbour were developed. Formerly known as Mill Village, the settlement was renamed Parrsboro in 1784 to honour Nova Scotia Governor John Parr.

Parrsboro thrived in the mid-nineteenth century as the hub of a string of shipbuilding communities that stretched from Economy to Advocate known collectively as the Parrsboro Shore. In 1850, the town was the port of registry for 115 locally built schooners and giant square riggers. During the peak years of the 1890s, over 1,500 ships arrived and departed the harbour annually. The Springhill and Parrsboro Railway commenced service in 1877, connecting the coal mining town of Springhill to the port at Parrsboro. Daily ferry service also linked Parrsboro to the ports of Kingsport and Wolfville, situated across Minas Basin, during this period.

The first Parrsboro Lighthouse, an octagonal wooden tower with an attached dwelling, was built in 1852 at the end of the sand spit on the western side of the entrance to the harbour at Parrsboro. James R. Howard served as the first keeper. A temporary light was exhibited from the lighthouse starting in 1852 until the lantern room was placed atop the tower the following spring.

Keeper Howard received an annual salary of sixty pounds plus a fuel allowance of ten pounds to care for the light, but he did not reside at the lighthouse. Instead, he paid his teenaged younger brother to look after the light and a sister to keep house. Captain John Pettis replaced Howard as keeper in 1857, likely due to Howards neglect of the light. When William Condon arrived to inspect the lighthouse shortly after Pettis took charge, he reported:

On my arrival, I found the light house, lamps, lantern, &c. in a filthy and disgraceful state. There was not a lamp fit for use, many of them were quite spoiled, the lantern was dirty and full of soot and oil, the glass of it broken in places, and some of the pains encrusted with dirt, and the whole establishment shewing marks of culpable carelessness, and willful neglect.

Captain Pettis informed me that the late keeper left everything as I saw it, and also refused to give him any information respecting his duties. I took steps at once to put things in order in the lantern, and had some new lamps put up, and employed a carpenter and mason to do the necessary repairs. Previous to my leaving, I strictly informed captain Pettis to give his careful attention to the duties he had undertaken, and I left with the impression that there will not be again a similar case of disorder and neglect to notice respecting this light house.

A separate structure, measuring forty by sixteen feet, was located next to the dwelling and served as an oil room and stable. Due to its exposed location on the sand spit, Parrsboro Lighthouse repeatedly suffered damage during storms. On October 4, 1869, a gale with hide tides destroyed one building, the remnants of which were carried off by the sea, and damaged the breastwork established to protect the station. Using an appropriation of $2,000, a 715-foot-long breakwater was constructed to shield the lighthouse in 1873. On November 23 and 24, 1874, a violent storm washed away roughly one hundred feet of the new breakwater. Protective works were regularly built, re-built, and repaired through the years.

In 1899, Keeper Pettis was given a hand-operated foghorn that he was required to sound in response to ships signals during periods of limited visibility. In 1905, the fog signal at the station was upgraded to a fog bell. A framework structure was built on the south side of the lighthouse, facing the channel, and machinery was used to toll the bell once every six seconds when needed. Oil engines were installed at the lighthouse in 1919 to power a diaphone foghorn. The fixed white light displayed from the lighthouse was upgraded in 1909 through the installation of a fourth-order Fresnel lens in place of the catoptric apparatus formerly used.

The original tower eventually succumbed to erosion after a hurricane hit the area in 1945. Russell Spencer was serving as keeper at the time. A man that lived nearby on the mainland offered to pick Spencer up in his boat, but he decided to stay put at the lighthouse. During the storm, the lighthouse developed a list, and Spencer raced up the tower to extinguish the kerosene light. The leaning tower was soon removed, and a light was shown from a mast for a few years until a skeletal tower was erected for displaying the light. The present lighthouse, a square tower rising from the corner of a one-story building, was constructed in 1980. Ronald A. Wood kept the light from 1963 until the station was de-staffed in 1987.

The Parrsboro Lighthouse Society was formed in 2014 to preserve the lighthouse, and the following year the organization entered the lighthouse in This Lighthouse Matters, a crowdfunding competition sponsored by National Trust for Canada and the Nova Scotia Lighthouse Preservation Society. Twenty-six lighthouses in Nova Scotia competed for online votes in three different categories: High Tide, Ebb Tide, and Low Tide. The top three vote-getters in each category were given monetary awards that totaled $250,000. Parrsboro Lighthouse came in fourth in the Low Tide category so didnt win any prize money, but it did earn $768 in the fundraising portion of the competition, where every donation to those lighthouses that didnt win a cash prize was matched, dollar-for-dollar, up to $10,000.

By 2017, Alan Couture was the only remaining executive member of the Parrsboro Lighthouse Society, and a meeting was called for that October to determine if the society should dissolve or continue with a refreshed board. Seventy people signed up as society members at the meeting, and five people were approved to serve as new board members.

For a larger map of Parrsboro Lighthouse, click the lighthouse in the above map.

From Route 2 (Glooscap Trail) in Parrsboro, go south on Main Street. For the best view of the lighthouse without walking the breakwater, turn left onto Two Island Road, and once across the bridge, turn right onto Pier Road and continue to its end. To walk the breakwater, from Main Street continue south passing Ship's Company Theatre. The road will then become Whitehall Road. Continue on Whitehall Road and then turn left onto Lighthouse Road. The breakwater can be accessed from the end of Lighthouse Road, though parking there is not permitted.