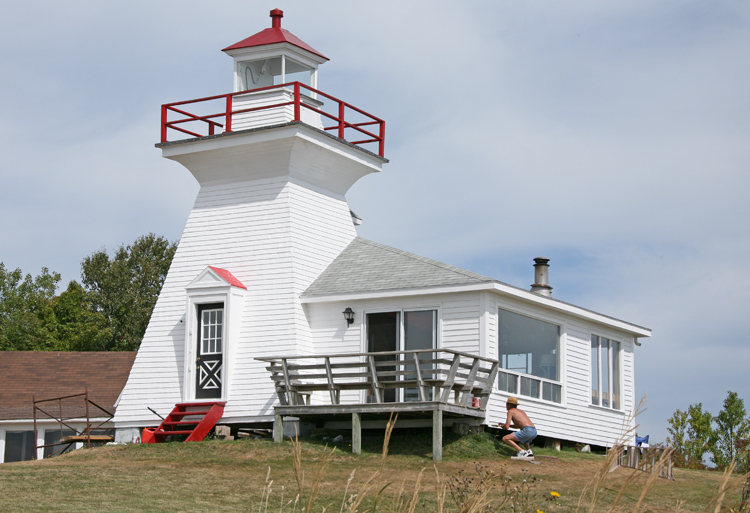 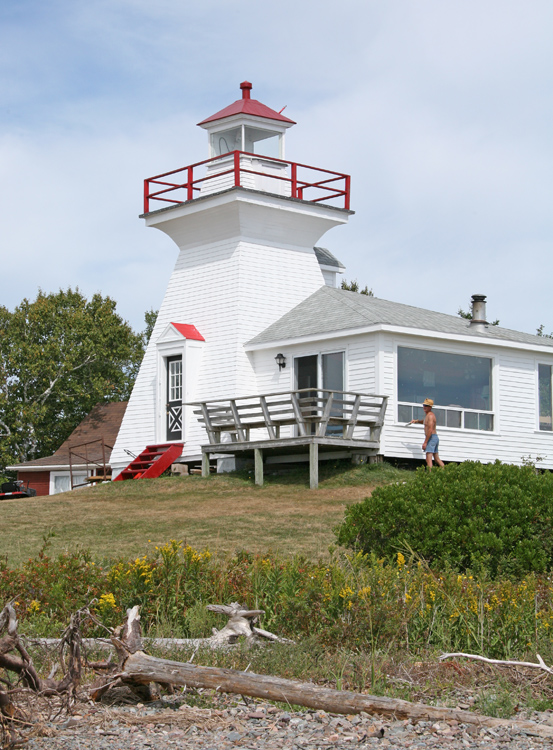 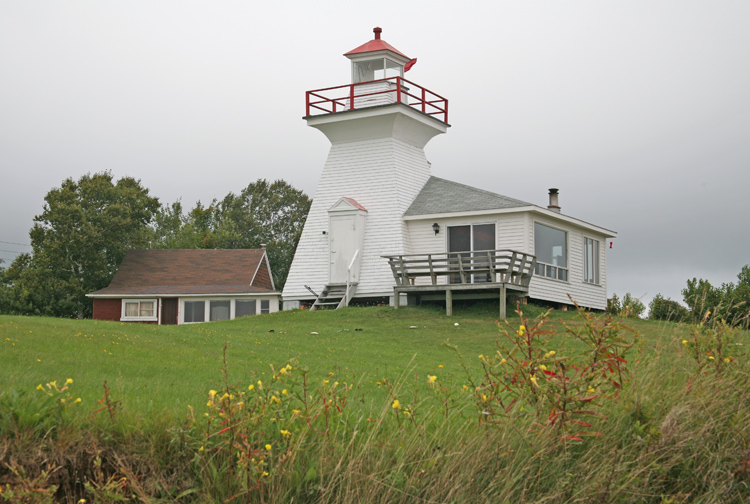 Bass River Lighthouse, a white, wooden, pepper-shaker-style tower, was built in 1907 on the point at the western side of the entrance to Bass River from Cobequid Bay. The lighthouse was the easternmost beacon on Cobequid Bay, the eastern section of Minas Basin and the Bay of Fundy, and it displayed the light form a sixth-order dioptric lens. David Vance was appointed as the first keeper on October 24, 1907 at an annual salary of $100. He was keeper through at least 1924, and by that time his salary had increased to $150.

Bass River Lighthouse was deactivated around 1992 and then sold in 1994. A one-story dwelling was built into the base of the tower to serve as a summer home.

The unincorporated community surrounding Bass River, also known as Bass River, has a permanent population today of a few hundred people, but the number of residents increases by roughly thirty percent during the summer due to the influx of people with summer cottages. At its peak, the population of Bass River was more than double what it is now. During the late nineteenth and early twentieth century, economic activity in Bass River was focused on lumber-related industries, with furniture production, ship-building and timber export being the main industries. Dominion Char Company employed around fifty workers up until 1989 when fire devastated its facilities. Shipbuilding occurred at Saints Rest, the area around Bass River Lighthouse, and at the mouth of Little Bass River to the west.

For a larger map of Bass River Lighthouse, click the lighthouse in the above map.

From Route 2 (Glooscap Trail), just west of Bass River, turn south on Wharf Road and continue to its end. Bass River Lighthouse can be viewed by walking the shoreline along Bass River and Cobequid Bay.