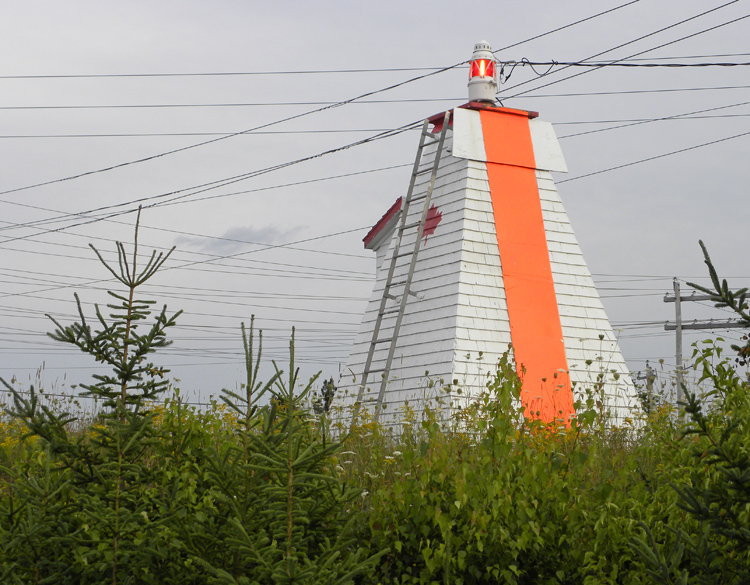 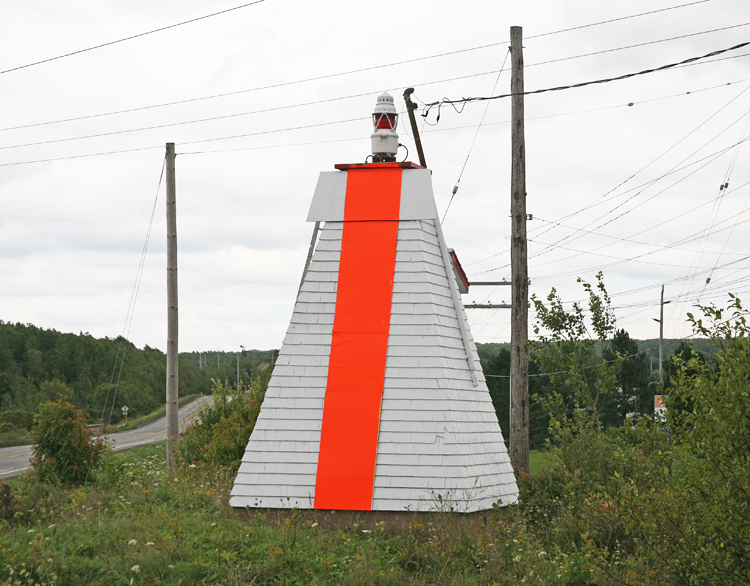 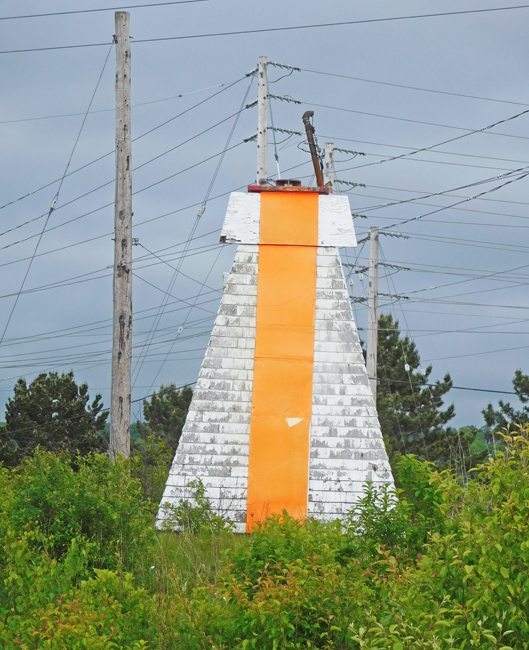 Trentons Motto, Strike while the Iron is Hot, is one of the last surviving indicators of the towns long involvement in the steel and iron industries. Nova Scotia Forge Company produced the first steel in Canada at Trenton in 1883, and through the years, iron and steel were forged at Trenton to produce anchors, railway cars and axles, cargo ships, artillery, bolts, and rivets. Trenton Works Ltd. shut down in 2007, but its forging operation, which was spun off earlier, was still operating as of 2019 in Trenton as Nova Forge Corporation.

A wooden pyramidal structure was erected in 1962 to serve as the front range light and worked in conjunction with a steel square tower operating as the rear light. The pair of lights originally bore diamond-shaped daymarks, but these were changed to vertical red stripes in 1986. In 2018, the lights were removed from atop the towers, and the range lights were discontinued. Both towers were left standing, but were already in poor condition.

The power plant on Stonehouse Point burned about 3.5 million tons of coal each year and produced enough electricity to power nearly 100,000 homes.

For a larger map of Trenton Range Front Lighthouse, click the lighthouse in the above map.

From Pictou, take Highway 106 south to Exit 1A (Mt. William Road), and then drive east on Trenton Connector Road for 5.6 km (3.5 miles), where you will find Trenton Range Front Lighthouse on your right.