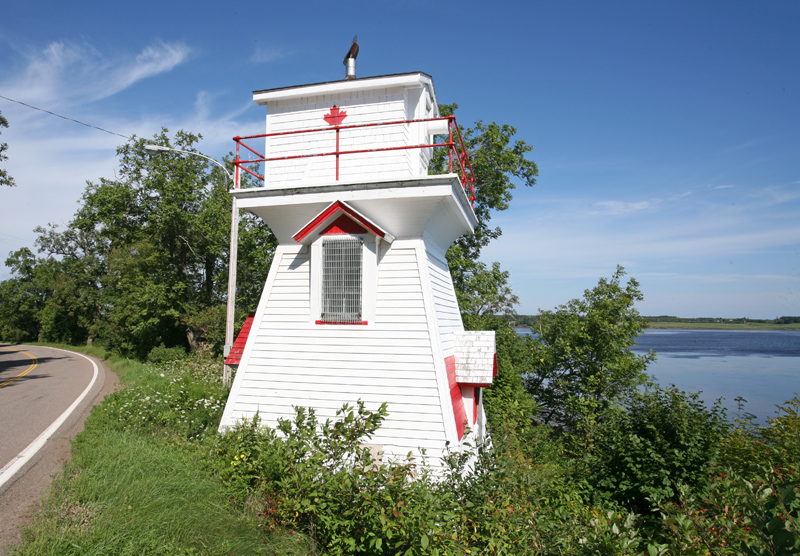 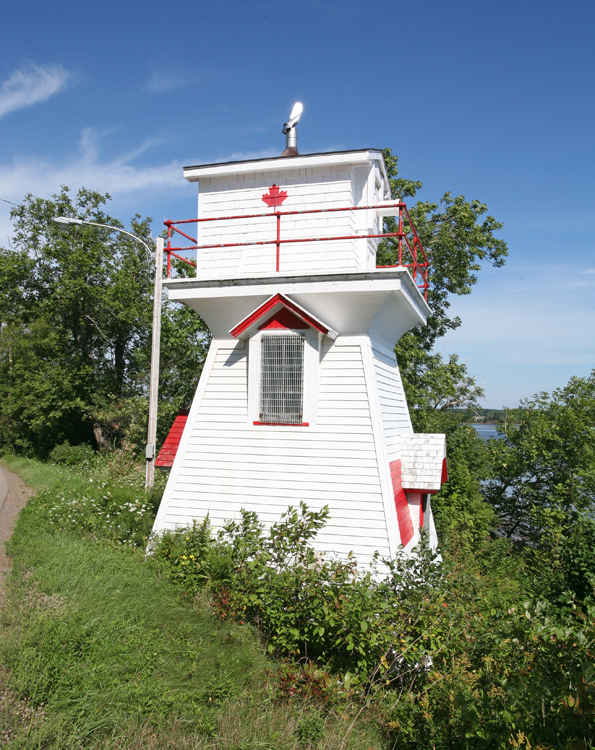 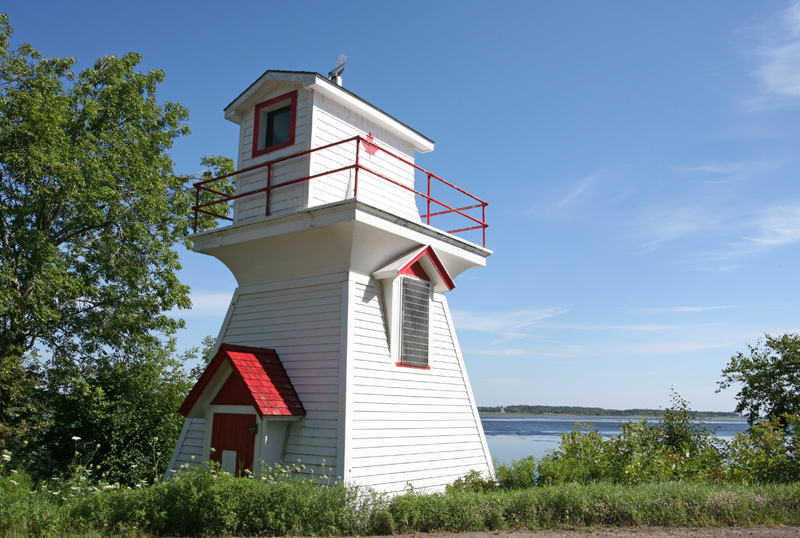 Wallace Harbour, situated at the mouth of Wallace River, is long, straight, and deep, and at one time was frequently used by vessels to haul products from the lumber mills and stone quarries located along Wallace River. The harbour is entered between two sandy spits: Palmer Point and Caulfield Point.

In 1873, a lighthouse was established on Mullins Point, just northeast of Palmer Point, to mark Wallace Harbour, and soon thereafter, a companion rear light was added to indicate the proper alignment for approaching the harbour. In 1904, the Department of Marine had another set of range lights erected at Wallace Harbour, this time on the southern side of the harbour at Macfarlane Point, which is well inside the entrance. Mariners could then use Mullins Point Range to arrive outside the harbour entrance, and then Wallace Harbour Range on Macfarlane Point to actually enter the harbour. Even with two sets of range lights and a a few buoys to guide them, mariners were advised that use of a local pilot was strongly recommended.

The Annual Report of the Department of Marine and Fisheries for 1904 contains the following paragraphs on Wallace Harbour Range Lights that were erected that year:

Two range lights established on Macfarlane Point, in Wallace Harbour, on the south side of the Strait of Northumberland, were put into operation on the 20th October, 1904.

They are shown from wooden towers, square in plan, with sloping sides, surmounted by square wooden lanterns, the whole painted white. The fixed red catoptric lights should be visible four miles in, and over a small arc on each of side of, the line of range.

The front tower stands upon the northeastern extremity of Macfarlane Point, on the south side of the harbour, about 20 feet back from the edge of the bank, on land 16 feet about high-water level, and 400 feet south of the site of the old ballast jetty.

The tower is 30 feet high from its base to the ventilator on the lantern. The light is elevated 41 feet above high-water mark.

The buildings were erected under contract by Mr. John D. Reid, of Head Wallace Bay, N.S. His contract price was $2,400.

The first keeper of the range lights was George Boyle, who received his appointment on May 24, 1905 and earned $150 per year.

George Boyle served as keeper through 1912, and he was followed by three other keepers. Noble Jamieson, the final keeper, was in charge of the lights form 1940 until they were electrified in 1958.

Forty-one people signed a petition in 1986 requesting that foliage be cleared to make Wallace Harbour Rear Range Light more visible after several vessels had run aground the previous year. The Coast Guard tried to clear the offending trees and brush, but the owner of the property on which the vegetation stood was uncooperative. Rather than initiate litigation, the Coast Guard converted the front range light into a sector light in 1990. The towers square lantern room was removed and replaced with a rectangular lantern to house the new light. At the same time, the marking on the seaward face of the white tower was changed from a vertical red stripe to two horizontal red stripes. Later, the tower was changed to have just one red horizontal band.

In March 1994, the rear range tower was sold to Graham Long, who cut the tower into three pieces the following year and relocated the sections to Malagash Point, where the tower was reassembled and converted into an attractive summer home.

Wallace Harbour Sector Lighthouse was declared a heritage lighthouse in February 2015 under the Heritage Lighthouse Protect Act of 2008. In December 2015, Wallace Area Development Association purchased Wallace Harbour Sector Lighthouse from the federal government for one dollar, and as part of the transfer, the association was given a $10,000 grant to help maintain the lighthouse in the future. All the lighthouse needed at the time of ownership transfer was a coat of paint, and Doug Perry, president of Wallace Area Development Association thought that could be accomplished for just $500 if enough volunteers were found to help. The Canadian Coast Guard will continue to be responsible for the beacon in the lantern room, but the association now cares for the structure.

For a larger map of Wallace Harbour Sector (Range Front) Lighthouse, click the lighthouse in the above map.

On Route 6 in Wallace, drive east along the shore and you will see Wallace Harbour Sector Lighthouse on your left, adjacent to the road.